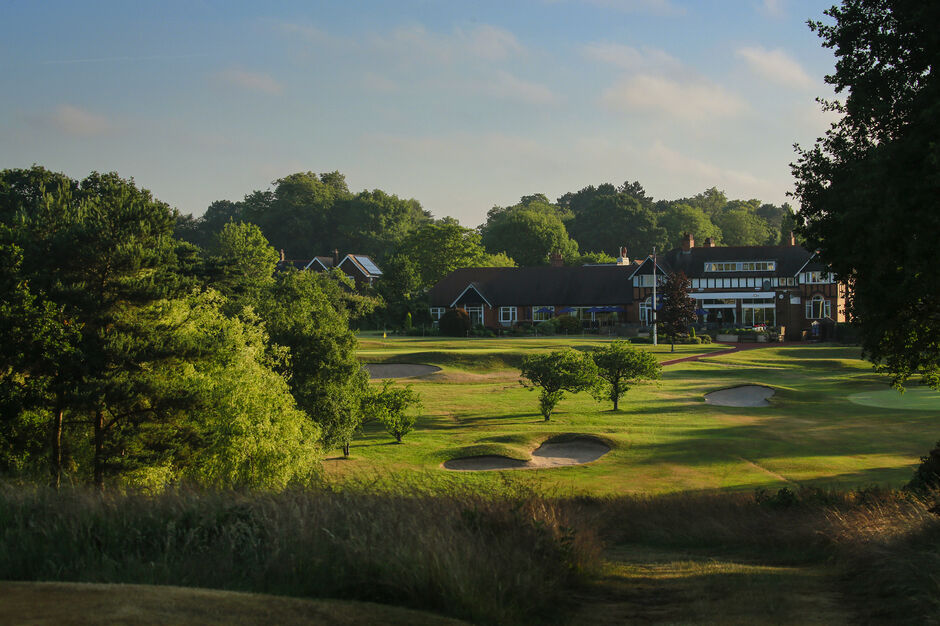 On Saturday October 14th 1893, in response to a circular sent out by G H Hart, about 25 gentlemen attended at the Harborne Institute in Station Road to discuss the formation of a golf club.  Mr Godlee was elected to the chair and called upon G H Hart who proposed that a Golf Club called the Harborne Golf Club be formed. It was decided that the entrance fee and subscription should be 21 shillings. Incredibly on 26th December that same year the first competition was played on nine holes at Home Farm in Harborne.

By March 1895 because of a disagreement over compensation for grass cuttings the club moved across the road to nine holes at Church Farm.

Seven years later on 10th September 1902 an exhibition match was played between Alexander Herd the Open Champion and Harry Vardon to open an 18 hole Course which had 8 holes at Church Farm and 10 holes on Home Farm.

By 16th October 1924 the present course designed by H S Colt was officially opened with a match between J H Taylor and J Williamson versus L Holland and C A Whitcombe.

The club celebrated its centenary in 1993 and its 125th anniversary in 2018 where a golf week of fun filled competitions were held in June, followed by a celebratory ball on the actual anniversary of the club's inauguration.

The course continues to provide a stern test of golf with a course record of 64 having been set in 2016 by Jack South.

What others say about us

"I would like to extend a massive thank you to you and the whole team at Harborne Golf Club. The service was fantastic from start to finish and I can only compliment every part of our night. The food was quality and many compliments were sent from all members of our club. Thank you very much Pat, I will be sure to recommend your venue."

"Just wanted to say a very big thank you to you and your staff, dad's 80th was a great success, the meal was fabulous, Karen and the other staff were wonderful, the whole night was great. Please pass on my thanks to your staff."

"Thank you for looking after us so well when we came to play the course. We were very impressed with both the welcome in the Pro Shop and also from the Bar/Catering staff. Please can you pass on our thanks to all involved for making our day at Harborne Golf Club so good. We thoroughly enjoyed the whole experience."

"Jim Gilchrist (Course Manager) & his team put on a fantastic course for our 2018 BIGGA Golf Day. Everyone commented that the greens were the best we had played all year. They were smooth & very quick. Many thanks to all at Harborne Golf Club."

Many thanks for organising a thoroughly enjoyable day, my guests thought the course was in excellent condition and I should be grateful if you could pass on our thanks to all of the staff as I thought the standard of service and food was excellent.

Yesterday went really well.  All 53 delegates commented on how comfortable and relaxed they felt.  Service was great and the food exceptional.  Can you thank all the staff, including yourself, for all their help. Many thanks again.